Well, you can put those days behind. Futuristic technologies like augmented reality and virtual reality are invading the eCommerce market for a couple of years now.

Today we’ll be discussing the difference between augmented reality and virtual reality, their definitions, and their importance and effect on eCommerce and online stores.

What Is Virtual Reality?

Virtual reality is a technology that allows you to immerse into an experience entirely generated by computer simulations and algorithms. A unique coding language called (VRML) Virtual Reality Modeling Language to create the visuals and scenarios of interaction. Once you wear a VR headset, it takes you into another world of discoveries, think of the movie Avatar, for example.

Two or three decades ago this whole concept was only depicted in science fiction, but the rapid development of such technology has left the entire world amazed.

The current and potential uses of VR are limitless. They range from entertainment like playing games and watching movies to incredibly complex simulations like flight simulations.

We already see the early fruits of the development of such technology with tech giants like Sony and Samsung. Implementing them in many of their applications and with pilot academies using it to train its pilots with minimum effort.

What Is Augmented Reality?

In simple words, augmented reality lets you see how the couch you’re about to buy will look in your house before buying it. In technical words, AR is a way to layer real-life experience with enhancements generated by a computer that is possible to interact with.

Augmented reality starts with real-life you of a device like a mobile phone, camera, projector, or any other imaging device. It projects/inserts images on the screen.

It’s not exclusive to visual input; a lot of research and development has been poured into creating haptic headsets that allow customers not only to see the product but also to touch it.

An interesting effect of AR’s influence on eCommerce stores is that it reduces returned items as it helped the consumers make fully informed decisions about products before they purchase them.

What’s the Difference Between Virtual and Augmented Reality?

The difference between AR and VR lies in their simulation process. However, they both serve the same objective of enhancing and enriching modern and digital human experiences. Therefore, they offer seemingly similar benefits for eCommerce and retail stores. 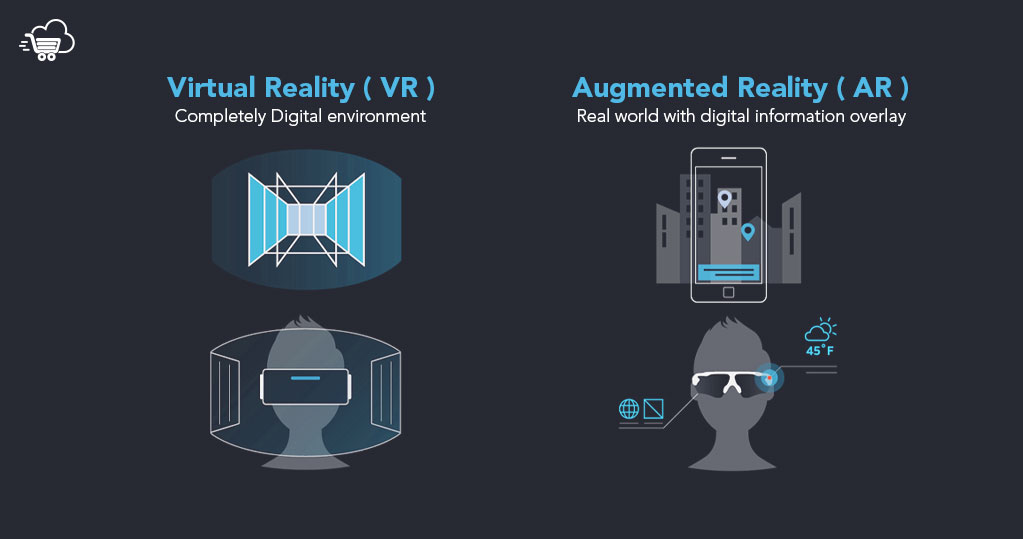 That’s why AR has certainly found its way to a wider audience because industries can implement it in games, telecasted sports events, emails, texts, and many other applications. The most impressive and sophisticated displays would be holograms and motion activation though.

However, both ways are innovative ways to engage customers in a personal and interactive experience. If you are into marketing, then it gives you the ability to show how great your product is. Both of them have similar terminology but are different from each other.

Despite the difference between augmented reality and virtual reality, both are treading the same path of actualizing digital shopping experiences. This is what makes them the best partners any shopper or online store could hope for.

Why Does eCommerce Stores Need Virtual and Augmented Realities?

We’ve all seen how smartphones changed the ways of eCommerce. Technologies like VR and AR are expected to even completely reshape it.

The process of convincing customers to purchase products is still far from perfection. This is where the long-awaited cyber dream virtual and augmented realities step in. This is something that not only eCommerce industries are hoping to achieve, but also consumers.

The difference between augmented reality and virtual reality does not prevent them as technologies from carrying the same benefit for eCommerce stores. Both technologies can uplift the entire eCommerce experience if provided in your store and increase your revenue by 90%.

The thin AR and VR difference allows both technologies to offer you a huge amount of benefits, such as:

However, we may have to wait an extra bit for those fancy digital eye lenses we see in movies. Smartphones are expected to help transition both VR and AR to be widely used and integrated into more than one industry.

We need to understand that such technologies are beyond products and they’re more like services that will offer extra shopping benefits to everyone in the world. This leaves eCommerce in a very favorable spot as it stands to gain a lot from these technologies.

VR has made revolutionary shopping experiences since most consumers used to prefer physical stores because they can easily size-up the product. But now they can!

VR is already being used for marketing purposes as a way to enrich content and provide impressive experiences to customers. The best thing about using VR technology in its infancy stages is that people would be quite excited as it’s still not a common experience among online stores. This puts your brand in a favorable position in the eyes of your customers and will exponentially increase your brand exposure. 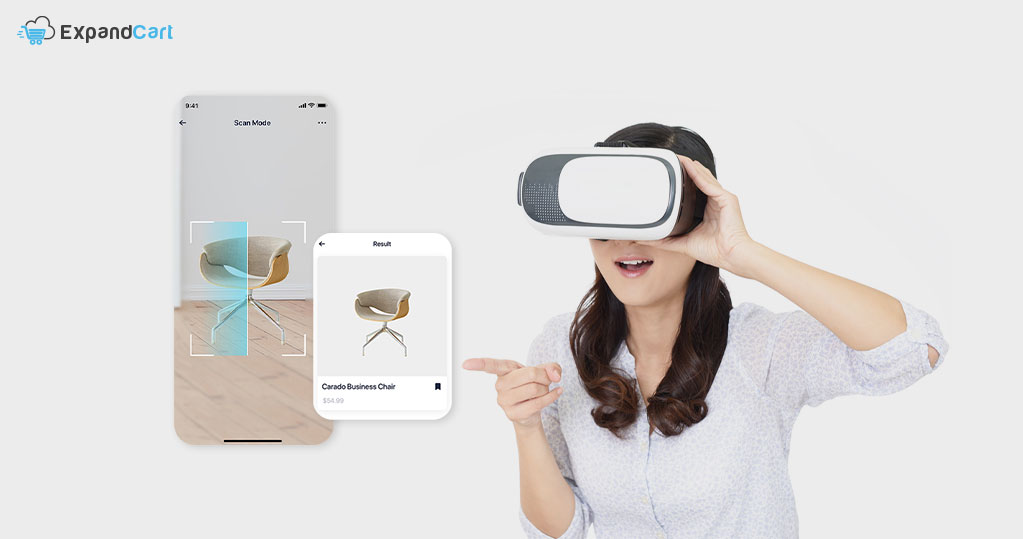 What’s even more interesting is that VR technology would appeal to the older generation who are settled and loyal to brick and mortar shopping. They would get to see for themselves and even touch the products they’re interested in.

While it’s a bit early to start simulating your entire shop for VR users to walk through, it’s still an incredibly valuable tool for marketing purposes. Expect an increase in conversion rates due to the immersive and exciting nature of VR technology.

You can adopt VR to help customers get a good 360 look at your products and see their dimensions, colors, and other features for themselves. Another important point is how VR technology can remove the need for long descriptions and languages by displaying a product in all its glory in a simulation.

AR is certainly proving itself in the industry of eCommerce with billions of dollars’ worth of investments from the biggest heads in the industry like Google, Amazon, Apple, and Alibaba.

The impact of augmented reality on eCommerce and retail: 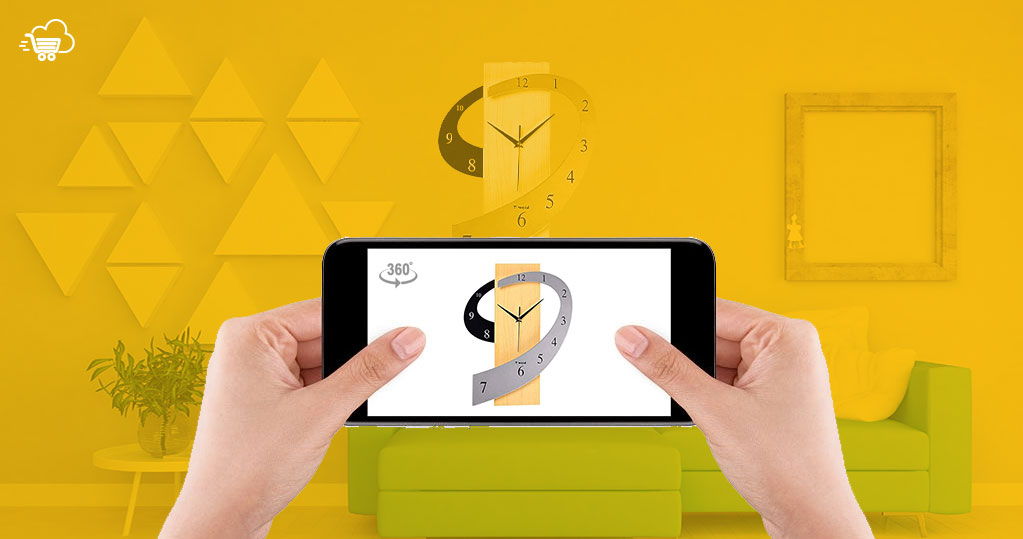 Most customers are more inclined to use AR technology to check the colors, dimensions, and other modifications to make their judgment about a product. A study shows that consumers are willing to pay a higher price if they get to experience or preview the product before purchasing it.

An online store can increase the time its visitors spend on it by 5 folds, and this is between 10 to 25 minutes.

You can imagine the value of such time in terms of exposure, ads, and many other features. Some furniture stores have taken it a notch up and are providing simulated renderings of their furniture to help their customers see how it looks like in their homes, increasing sales as customers can identify what they’d prefer without trying to imagine it in their heads.

As you can see. The world isn’t getting any slower.

The pace of integration of VR and AR in our cyberspace seems to be increasing as interest is snowballing into its applications. Ecommerce stands to gain a lot from backing up such innovative technology which will increase its sales and potential.

Online stores are on a way to perfection by creating a very fine balance between the practicality of a brick-and-mortar shop and the convenience of an online one. If you want our advice, it’s better to get on this train before it leaves everyone behind. 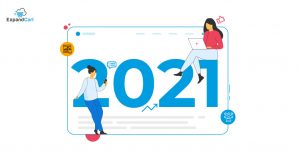 The Future of Ecommerce: Top Trends to Watch Out for in 2021

We have a lot of ecommerce ternds, but which ones are useful? Here are six powerful trends that will up your game in ecommerce. 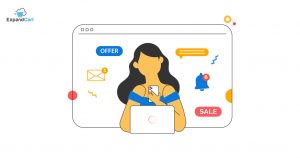 Missing out never used to be a problem in the past, before all the digital transparency nobody seemed to care what he’s 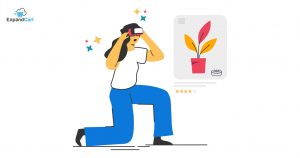 Virtual Shopping: What Is It? And How to Use VR Shopping in Retail Stores?

Do you want to know why everyone today is talking about virtual shopping? The commerce world’s become all about building seamless experience